All my kids were home for CNY but this year, I didn't bake a single cookie or prawn crackers because my house renovation is still not completed and all my kitchen stuff are either packed or misplaced. My half bro, his daughter and her son came from Guangzhou, China to spend CNY with us. Our house was bursting with people and it was great to be together, sharing stories of my father. Without giving too much information, my half bro and half sister had a hard life with Ah Ni (a term for eldest mother), dad's first wife, in their village in China after my dad had to run away or be killed. Dad was hunted by the Communist Party of China after the Kuomingtang, the democratic Chinese Nationalist Party, where he was an officer, were defeated in 1949. I didn't know until my niece mentioned it that my dad had first fought the Japanese in China and then passed a stringent exam to get into a prestigious military school after which he joined the Kuomingtang. When Dad escaped from China, his son was only 5, his daughter 3. By the time China opened its doors to the world, that son was 48 years old, and that was the second and last time son and father met.

China got through those hard years of starvation and poverty due very largely to money sent home by overseas Chinese. Nearly every Chinese family here and around the world with relatives in China sent money, food, used goods like clothes, shoes and even TVs and it was this regular, non-stop aid that kept millions of Chinese from starving. Today's young mainland Chinese with their new wealth seem to have forgotten this part of history. I remember growing up resenting my dad's obsession with his other family but blood really is thicker than water because when we stood in front of dad's grave this CNY eve, it was a very moving and special moment of love and togetherness.

This year's CNY celebration was deliberately more subdued because my mom wasn't too well and I was stressed from the house renovation. We did have lots of food and laughter and I even made my half bro teach me how to make Chinese sausages and la rou (Chinese bacon)! The most important meal of the year for the Chinese is the reunion dinner on the eve of CNY and this year, my half bro, eldest bro, younger bro (youngest bro did not come home from Singapore this year) and I cooked 11 dishes (3 versions of koeyuk) including a soup. We also had a delicious yeesang from Party Play. 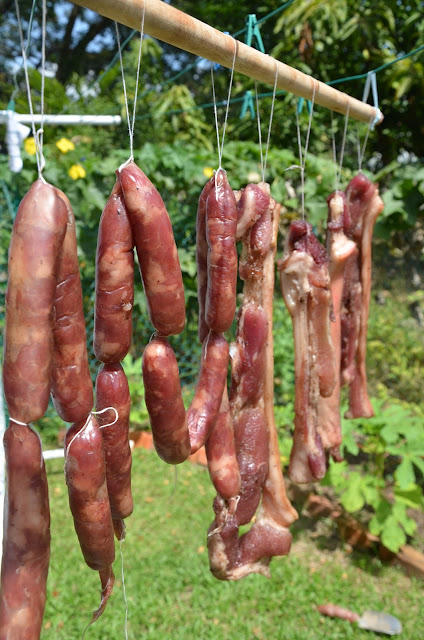 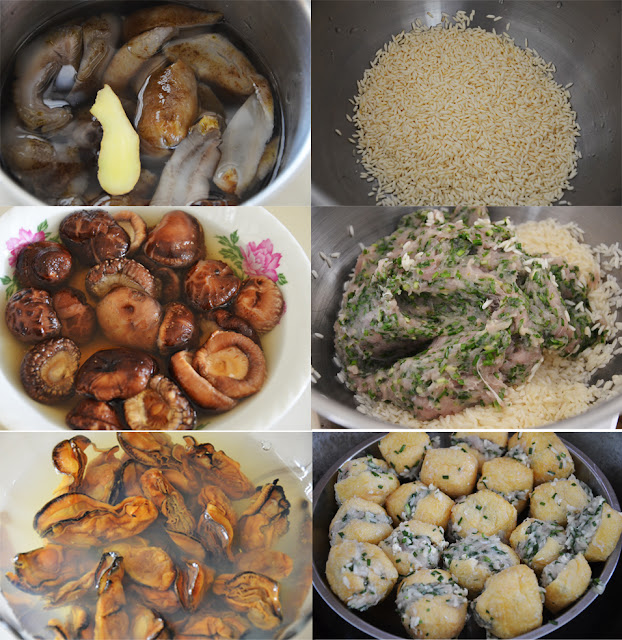 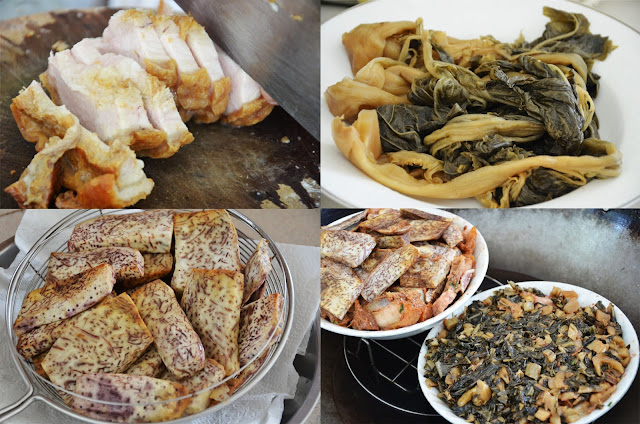 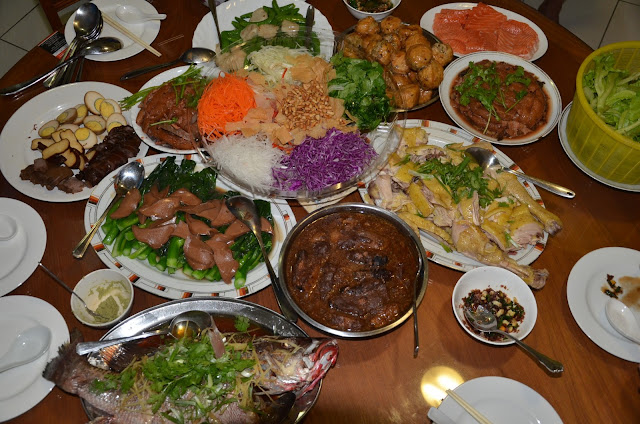 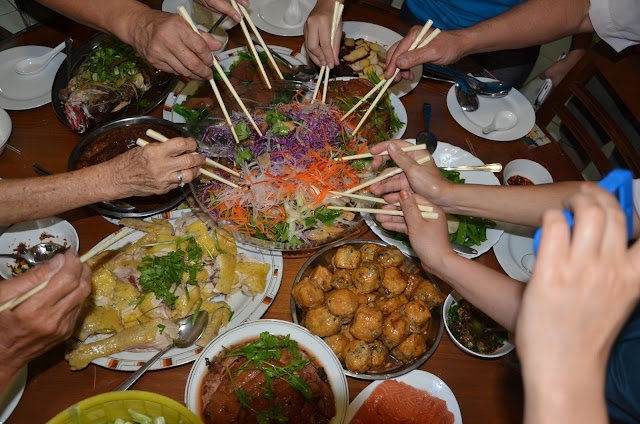 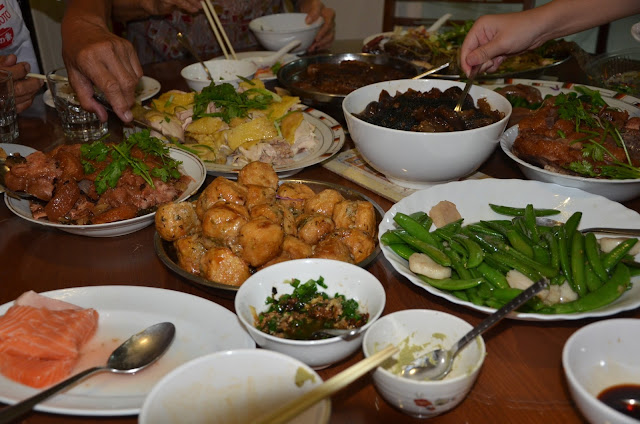 A little late, since CNY celebrations ends today but I wish you all a very happy, healthy and prosperous new year!

p.s. A friend reminded me that today, the 15th day of CNY, is the Chinese Valentine's Day (correction: my daughter said it's not; Chinese Valentine's Day falls in July) and it is traditional for single men and women to throw mandarin oranges into the rivers or sea (in China, that would be the rivers)  in the hope of finding a spouse. I must make my daughter throw some oranges today.