Christmas dinner this year was on 26th Dec because my kids came home from Shanghai that day. We invited family and close friends but the number swelled to about 50, making it most stressful because I didn't plan to have such a large party and as usual, worried and worried about whether there would be enough food. I wouldn't have been able to pull it off (dinner was very late, nearly 9 pm, partly because of the queue for the oven and also because my daughter was arriving at 10 pm) without the help of many friends. Thanks, ladies!

I think despite the last minute shopping (I started shopping on 24th Dec and found many things on my list were out of stock), the dinner turned out very well and we all enjoyed ourselves. Love it when friends and family are around! 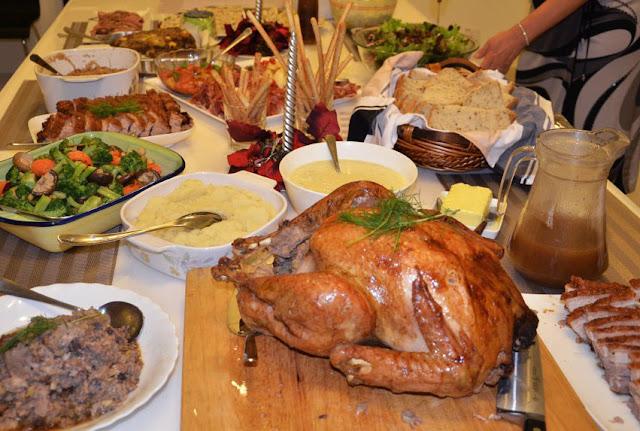 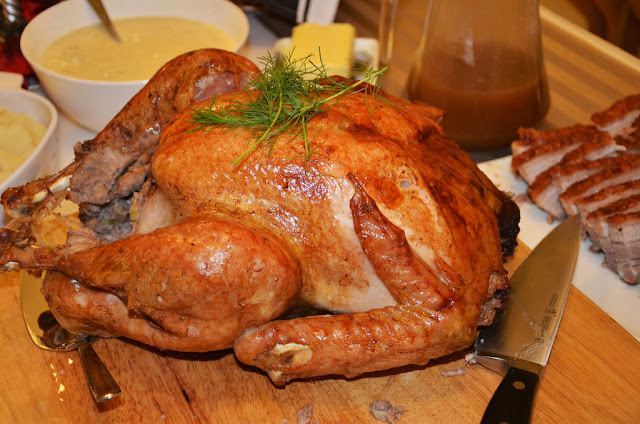 The turkey this year was 6.3 kgs only. This was the first time I rested the turkey for 3 hours. It was so much better because all the juice stayed in the bird and it was so much easier to carve a cooled bird. 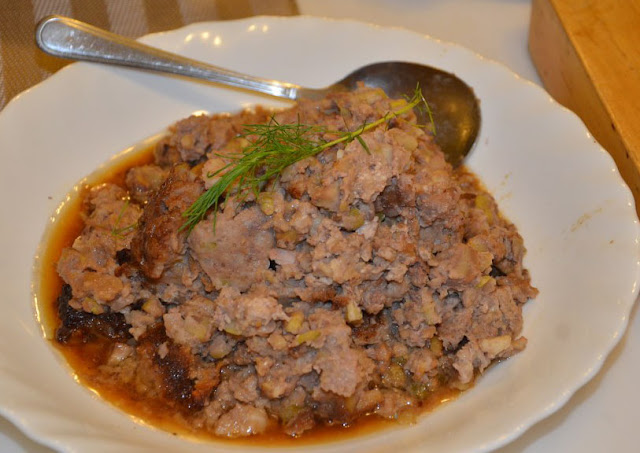 As usual, it's chestnuts stuffing and this year, I didn't have stale bread and used bread crumbs instead. As you can see, bread crumbs didn't work. There was too much liquid and not enough bulk but the taste was not affected. 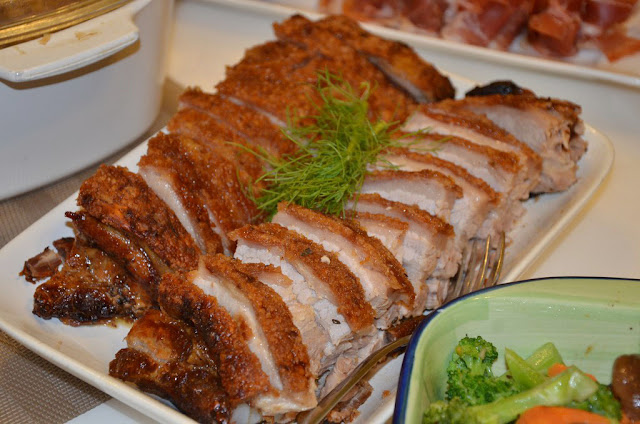 This was my best crispy pork. The crackling was very good, I was told (I didn't get a piece). 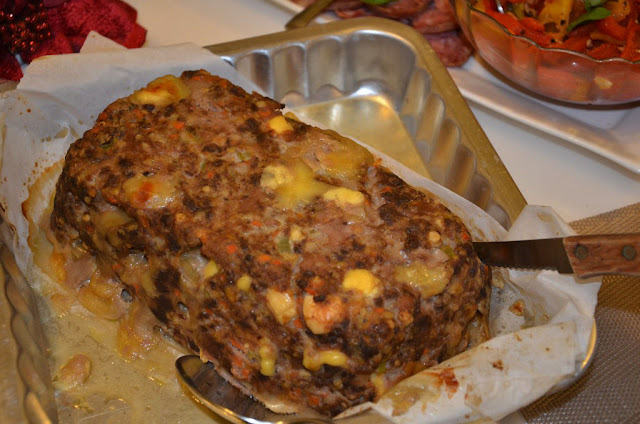 A pork and beef meatloaf with lots of chunky cheese. 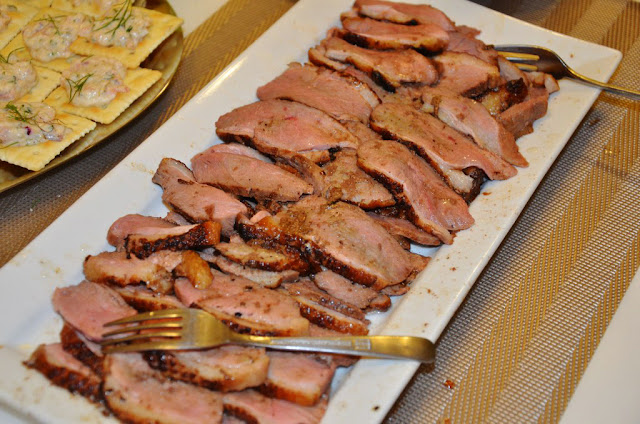 Duck breasts with orange sauce, made by Sucy. 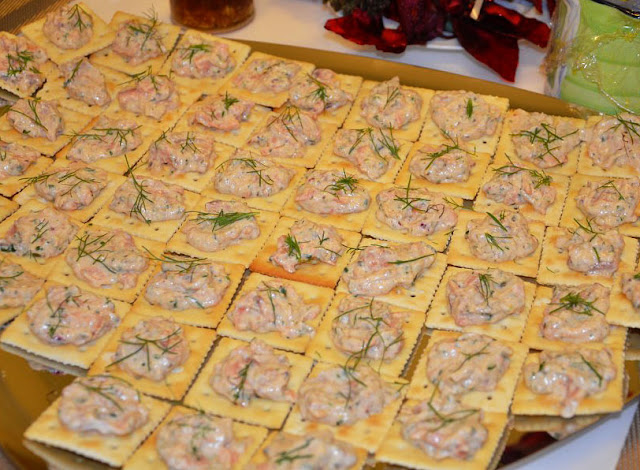 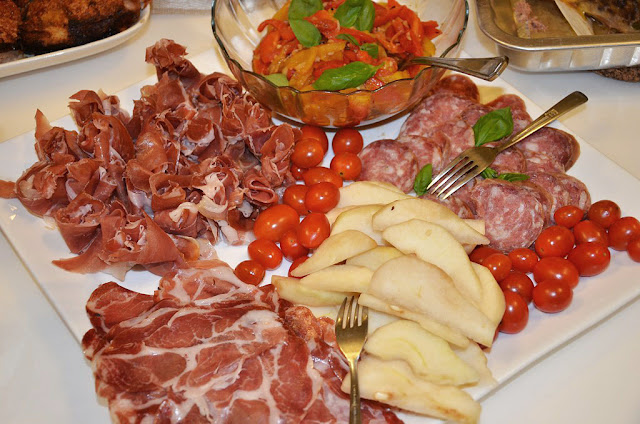 From the top, clockwise: antipasti of roasted bell peppers, anchovies and truffle oil, fresh yummy salami from Bologna, cotto parma from Bologna (awesome, love it even more than regular parma because it had a fruity fragrance) and parma ham from Milan. 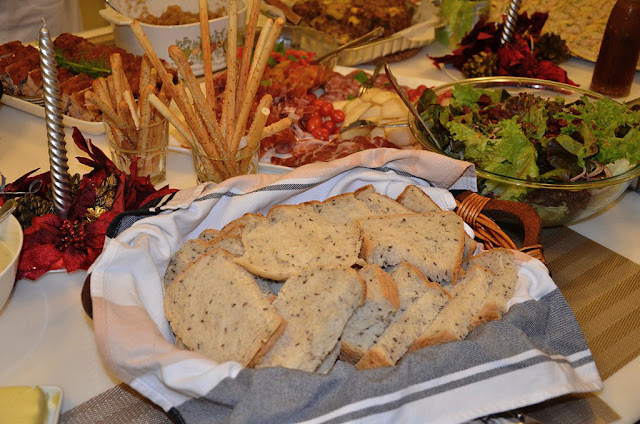 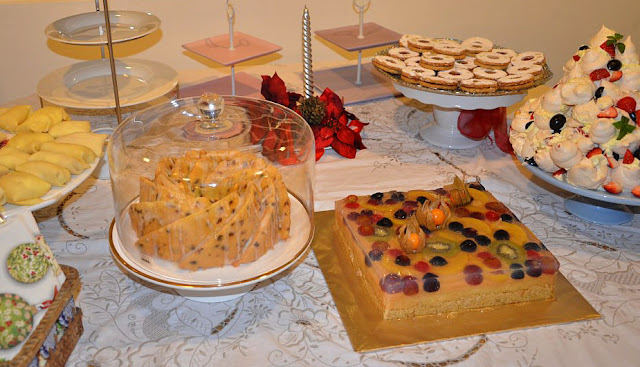 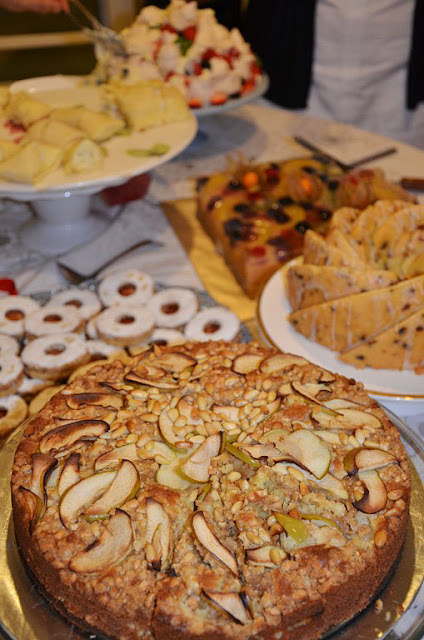 Apple and pinenuts crumbs cake.
Posted by terri@adailyobsession at 11:30 PM

Happy New Year! It's been a pleasure reading your blog writing on food and traveling. (I love your food reviews very much!) They are really great! Thank you for sharing your experiences. :)

Ur dinner parties always feats for the eyes even when under pressure... me tummy thinks so 2!

Yummss... wish I was there!

Hi just curious how you manage to travel and make so many nice dishes? I am a malayisian too and I think that it is vety expensive, especially in KK, to gather the ingredients and cook a decent meal... And I always wonder how people can still travel around... either they are super rich or have families working at MAS?

Desserts especially, are costly to make with imported creams, flour, decorations, utensils, machines ...I gave up half way thinking of the required list. I suspect there are no substitutions for the recipes here?