Frankly, I thought the Holy See was the Pope. I didn't know that it is the sovereign entity, headed by the Pope, that governs the state of Vatican City. In fact, I didn't know (and still don't) much about the Vatican City, except that that's where the Pope lives and also that's where I can see Michelangelo's The Last Judgment and The Creation Of Adam. You may, like me, remember The Creation Of Adam as a painting of God and Adam's ET moment.

Some trivia I picked up regarding the Vatican City: the guys in clown costumes are the Swiss Guards, the population of Vatican City is less than 1,000, the Pope rides in a motorcade around St Peter's Square on Wednesday morning and addresses the crowds from the balcony of the St Peter's Basilica, St Peter is buried in the church named after him, the art collection of the Vatican is comparable to that of The Louvre (my opinion) and Italians/Europeans/tourists in St Peter's Square jump queues all the time. 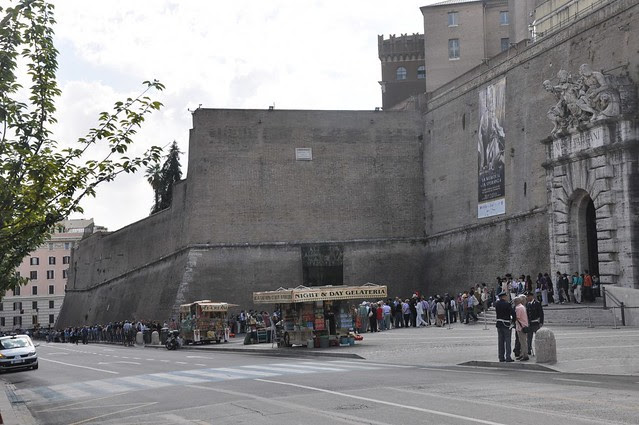 This is the line for the entrance into the part of the Vatican that leads to the Sistine Chapel. Although it was a Wed morning, none of us wanted to meet the Pope. I had a change of heart about 5 steps from the entrance into the Sistine Chapel but that meant leaving the line and walking to St Peter's Square (entrance is a short walk behind the end of the queue on the left of the photo). It would have been quite exhilarating to be part of the thousands in the square, judging from the photos taken by someone who was there on the same day. So remember that, the Pope says hi on Wednesdays and there are two entrances, one into the Vatican museums and Sistine Chapel and one into St Peter's Square. 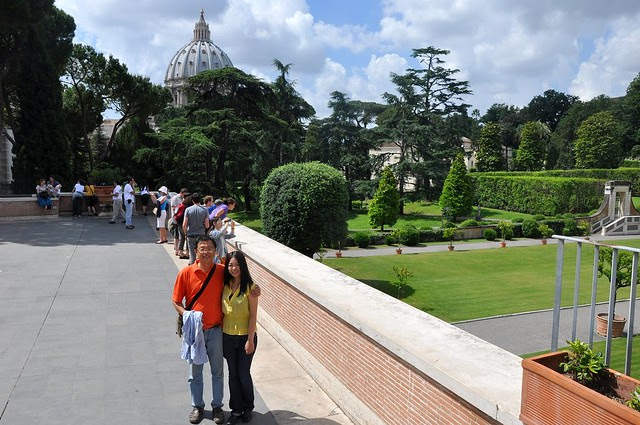 The perfectly manicured gardens of the Vatican museums with the Cupola of St Peter's Square in the background. You can't get to St Peter's Square from the Chapel.
The museums of the Vatican are astounding in their collection of art and masterpieces. There are thousands of sculptures and paintings in the museums. Hundreds and thousands of them, some surprisingly not what you think the Church would own. Made me realize again how wealthy the RC Church is. Just going through the museums will take more than a day. Those who don't like art and paintings can skip the museums (but what a pity) and go straight to the Sistine Chapel. At least do a quick stroll like what we did, although that left me with a dissatisfied feeling. 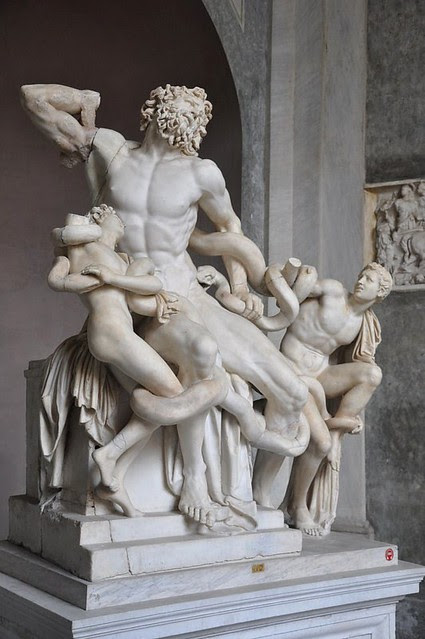 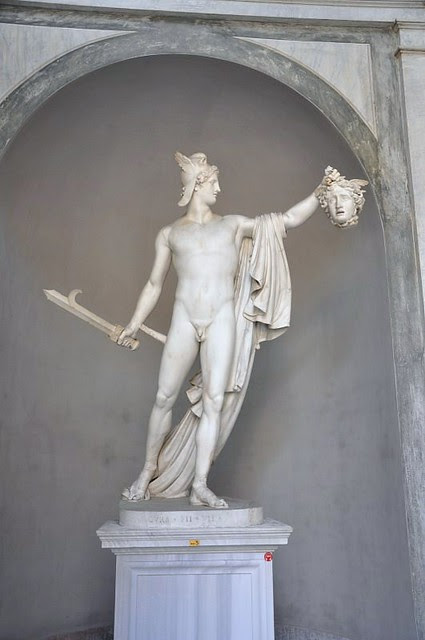 The many statues of gods and heros from Greek mythology in the museum grounds.  Charismatic Christians, proceed with caution. 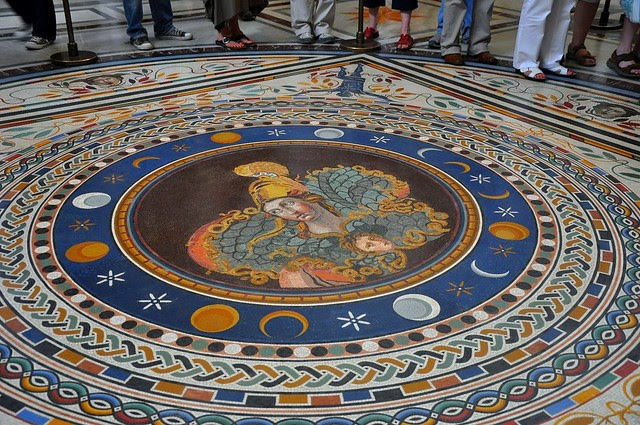 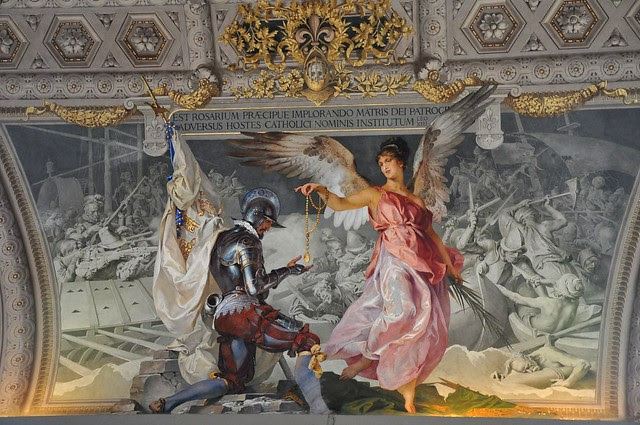 Don't miss the ceilings, which are all painted beautifully. 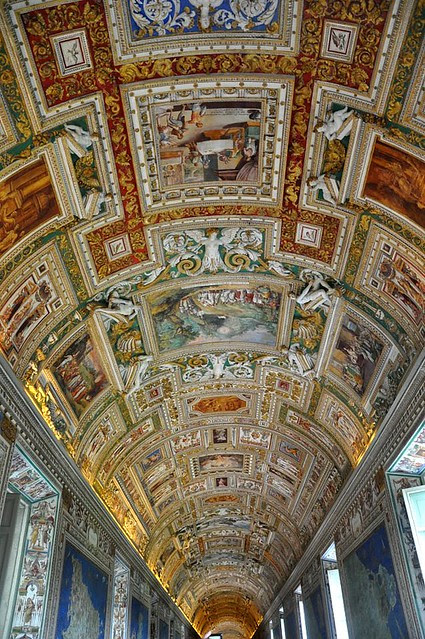 Besides the awesome paintings on the ceilings, the maps of Italy on the walls drawn by a band of brothers hundreds of years ago were also amazing. Don't forget that there were no airplanes, no GPS, no computers and little navigational tools in those days. 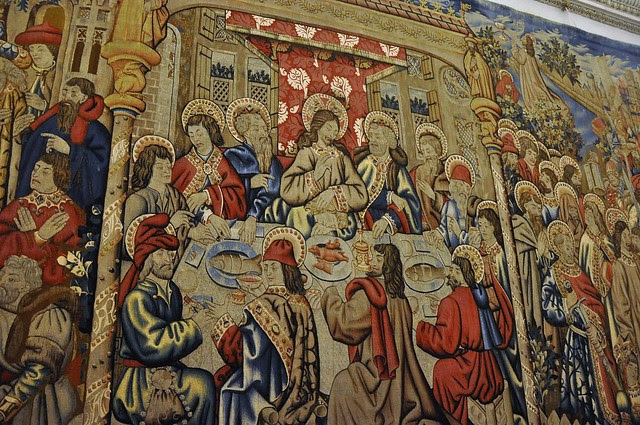 The Last Supper on the walls. What did they eat, other than bread and wine? There's fish and there's... 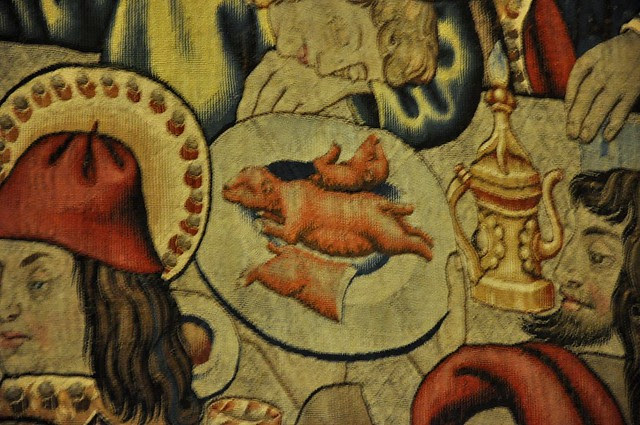 ...a little lamb? Whatever it was, Jesus liberated us from kosher and halal food, didn't he? 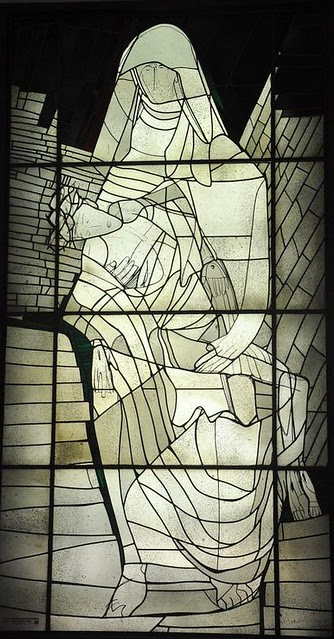 A pieta (pity) is a piece of art, usually a sculpture, showing Mary cradling the dead body of Jesus. 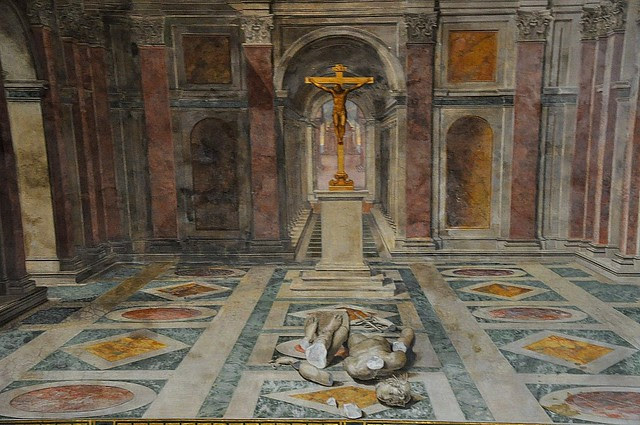 You must be familiar with this: Men's brokenness becomes whole through salvation. 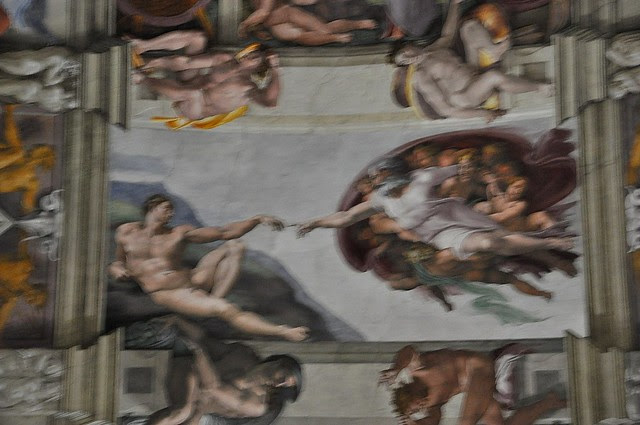 Finally, you are in that room. The room is packed tight. Everyone is looking up, trying to see among all the paintings and drawings on the ceiling. And there it is, The Creation Of Adam. A thrill runs down your limbs. A deal was struck with the restorers and the Vatican whereby no photography is allowed of the restored painting. The guards are shouting "No Photos!!" but people continue to click away because the room is so crowded. One of us managed to take this photo. Trivia:  God's finger and Adam's DO NOT connect.
The Last Judgment, the most famous painting in the Sistine Chapel, covered the whole wall behind the altar. Nobody dared to take any photos. It was a goosebumps and tight scalp moment for me. The painting was huge and there were lots of naked bodies. Michelangelo was truly amazing, finishing all the paintings on the ceiling in four years, balanced on scaffolding. Why did the renaissance period flourish so greatly and no other art and cultural movement since then has come close to it? Whatever the reasons, European countries are still reaping from the movement. Michelangelo and his peers wouldn't have known then that they would contribute so much to the income of Italy and Europe.

Do not miss the Sistine Chapel and museums of the Vatican when in Rome. Next time I'm there, I'll get a local guide and spend a few days going through the art collection.
Posted by terri@adailyobsession at 7:12 AM

Such wonderful art and I can see why it's difficult not to be overwhelmed. I went to the Vatican when I was 12 - way too young to be able to appreciate what I was looking at.
- Shan

I thought you were gonna write about Dad's lame comment on the creation of Adam.

"Michaelangelo made a mistake in the painting - guess what it was?"

"If he's the first man on earth, he shouldn't have a belly-button."

can we go visit galleries while u're here? PUH-LEASE?

would u be interested in the disney exhibition? i've been already but im dying to go again...with a sketchbook, this time. and i have to tell u who i went with the first time...HAHA

i found a pizza place near brunetti's that has pizza with zucchini fiori toppings. very yummy. we go there when u come here?

The statues are of Laokoon with sons and Perseus, and the mosaic is of Athena.
The Renaissance shines because it is preceded by 1000 years of darkness. It heavily borrowed from ancient Greek and Roman cultures. And of those, too much has been lost. For example, all the paintings were lost and/or destroyed. Of ancient art and science, we know painfully little.

Hi Terri, wow those photos are amazing! Taken by you or your daughter?

Hi Terri!!
I liked Cappella Sistina a lot, too!!
It seems you know lot of interesting things about Rome, more than me!!
Ahahaha!! After watching your pictures I would like to go there again, soon!!
Thanks for visiting my blog!!
Nice day!
Lau

milosh: thank you, please do enlighten me of european history anytime:)

jo: some were taken by me, some by yi. the one of adam n God was by yi--i wouldn't dare break the rules

laura: oh u r welcome. no, i hardly know rome!if i were you, i'd visit a town every weekend. so much to see in your country! n so much to eat too!